A Very Merry Christmas from Darley and his Angels

What a fantastic and busy year 2013 has been for the Agency. In amongst all the exciting authors, books and deals, we also celebrated 25 phenomenal years as an agency on 2nd December, and, as well as celebrating our anniversary, we had a very special Darley’s Angels Christmas party.

We are looking forward to what the new year brings and receiving many more submissions in 2014!

A very Merry Christmas from us all. 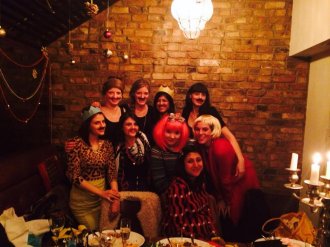 We are thrilled to welcome Martyn Ford and Caroline Crowe to the Darley Anderson Children's Book Agency.

Martyn is a 26-year-old journalist from Hampshire, where he writes for the Bordon Herald. His first story for younger readers is called The Imagination Box and will be published by Faber & Faber.

Caroline spent ten years as a national newspaper journalist and section editor before taking time out to look after her two young sons. Do Pirates Wear Pyjamas? is her first picture book and will be published by Little Tiger Press.

With these two brilliant new authors, we look forward to further expanding the children’s agency in 2014!

Our very own Adam Perrott, along with illustrator Clare Elsom, has teamed up with Persil and the Be Mighty campaign to create fun, action-packed adventures for children. Not just wickedly entertaining, these stories aim to show kids just how character-building challenges can be.

You can make your child the star of the story, or let them have great fun creating their very own adventure here:

The latest addition to the delicious Chocolate Box Girls series, Coco Caramel, is out now and has gone straight to No.11. Congratulations Cathy!

Silent Saturday is out NOW!

We are thrilled to announce the hard back publication of Silent Saturday by Helen Grant, the first in the chilling Forbidden Spaces Trilogy.

Seventeen-year-old Veerle is frustrated with life in suburban Brussels. But a chance encounter with a hidden society, whose members illegally break into unoccupied buildings around the city, soon opens up a whole new world of excitement—and danger.

When one of the society's founding members disappears, Veerle suspects foul play. But nothing can prepare her for the horror that is about to unfold when an old foe emerges from the shadows... No one is safe, and The Hunter will strike again...

Silent Saturday has already received fantastic feedback with the Daily Mail saying, “Grant has established herself as a major talent in YA fiction and this menacing story of stalking and murder simply confirms that.”

Thank you to all of Helen’s fans who were able to make the launch for Silent Saturday at Waterstone's Brussels and Treasure Trove Books in Tervuren. For anyone who missed out check out her brilliantly creepy trailer here.

Helen Grant is highly acclaimed YA author and her titles have been shortlisted and longlisted for the CILIP Carnegie Medal. Silent Saturday is published by Bodley Head, Random House UK, on 4th April 2013.

Bestselling Bittersweet Is No. 3 In Children's Chart!

She is also No. 5 this week in the UK's bestselling books of the week.

Cathy Cassidy continues to take the children's chart by storm with sales figures (from only 2 weeks) approaching 80,000 - congratulations Cathy!

Bittersweet hits No.8 in The Bookseller chart

Not only was she one of the 8 popular children’s authors specially selected to represent World Book Day, but her book Bittersweet has flown into the no. 8 spot in The Bookseller’s UK top 50 chart.

Celebrating reading all over the world, this year’s World Book Day was aiming to be the best World Book Day ever! And we’re absolutely thrilled that Cathy Cassidy has helped to make this happen.

Curse of Kings trailer is out NOW!

The 'writer to watch' (Inis magazine) Alex Barclay has released a trailer to mark the release of her first Trials of Oland Born instalment, Curse of Kings.

Trials of Oland Born: Curse of Kings by Alex Barclay is out today!

"Fiercely imaginative, with razor-sharp twists and a plot that moves so fast it ignites" Derek Landy, author of Skulduggery Pleasant.

The first instalment of the highly anticipated fantasy trilogy by Alex Barclay is out today! Congratulations Alex!

The setting is a hugely atmospheric fantasy world of medieval castles, Romanesque games arenas, supernatural forests and harsh seas. Terrifying hybrid creatures and monsters abound – and Oland’s greatest ally is a girl called Delphi who has dark secrets of her own.

Fourteen-year-old Oland Born lives in dark times, in a world ruled by evil tyrant, Vilius Ren. Vilius and his fearsome, bloodthirsty army have wrecked the prosperous kingdom of Decresian, once ruled by good King Micah. Oland himself has been kept as Vilius’s servant in grim Castle Derrington, and he knows little about his past – or why Vilius keeps such a sharp, close eye on him.

One night, Oland finds a letter addressed to him, from the long-dead king. No sooner has he read the message than a mysterious stranger tries to kidnap him. Oland runs, the dead king’s warning ringing in his ears…

If Oland is to live he must restore the shattered kingdom. This is his quest. This is his curse. Let the trials of Oland Born begin…

“Curse of Kings firmly establishes Alex Barclay as a name to watch in the world of children’s books.” Sarah Webb, The Irish Independent

Michelle Harrison's Unrest is on the long list for The Sussex Coast Schools Amazing Book Awards!!!

To read an interview with Michelle Harrison and to find out more about her latest spine-tingling page-turner visit....

Cathy Cassidy has just returned from a fantastic trip to Paris for the Montreuil Children’s Book Festival.


The fair opened on Wednesday 27th November and lasted until 2nd December. Cathy  received a very warm welcome from her French publisher, Nathan, and they made it a very special and memorable trip for her. Cathy said: ‘I am so happy with what they are doing, and that the books are doing so well.’


In some exciting news for Cathy and the agency, the rights team are currently negotiating the first ever deal in comic rights, for THE CHOCOLATE BOX GIRLS: CHERRY CRUSH, with Editions Jungle. Cathy has seen the roughs for the edition and is thrilled.

Lorna Scobie makes a difference with The Art of Ping Pong

We're immensely proud that our very own Lorna Scobie was selected to join eight of the UK’s top artists and illustrators in designing a ping pong bat for this year's Children In Need.

The auction opened on Friday and will run until Friday 15th November. So get there quick to bid on Lorna’s amazing design. 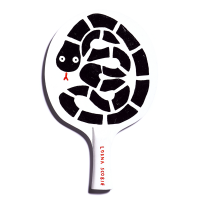 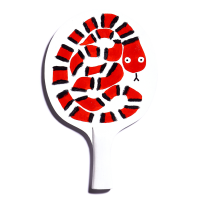 More congratulations are due to Cathy Cassidy, as her latest book, Coco Caramel, debuts at No.8 in the Bookseller’s Children’s Fiction bestseller list. Clearly The Chocolate Box Girls series is delighting her readers’ taste buds!

2013 is shaping up to be a busy year for Pete Williamson, artist, illustrator and animation designer. Not only does he have a book a month coming out between February and July, but two of his titles have made exciting shortlists.

AND Pete has one of the busiest publication schedules we’ve ever seen: February saw the release of Granny Grabbers' Daring Rescue by Charlotte Haptie (Hodder), March introduced Lillyput by Sam Gayton (Andersen Press) and April arrived with The Cafe at the Edge of the Moon by Francesca Simon (Orion Early Readers). We can’t wait for Scream Sea by Marcus Sedgwick (Orion) and To Be A Cat paperback by Matt Haig (Corgi), which will both be released in May, followed by Cudweed's Time Machine by Marcus Sedgwick (Orion) in June and Stitch Head and the Spider's Lair by Guy Bass (Stripes) in July.

Congratulations Pete on a fantastic start to 2013!

For more information and for more of Pete's wonderful illustrations, please click here. Also, visit our blog for an interview with Pete, where he reveals more about his world of the spooky, gothic and weird…

Bittersweet moves up a place in the UK bestseller list to number 4, missing out on the number 3 spot by less than 100 copies!

Cathy Cassidy also catapults into number 2 on the children's fiction list, ahead of almost all the other World Book Day books. 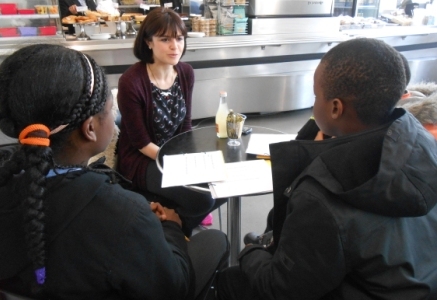 Clare and Vicki met with groups of children aged 9-10 and discussed what makes a good story, our favourite children’s titles and the common mistakes that aspiring authors make. Afterwards, the children went in search of inspiration, sat amongst the art, and started writing. 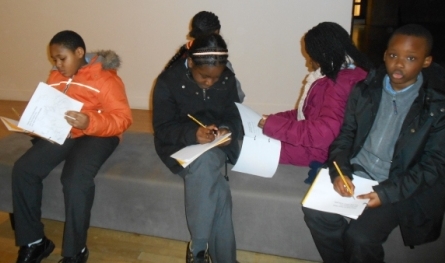 Polly Ho-Yen, a teacher at Comber Grove Primary School, and a Darley Anderson author, said ‘The kids loved it and we were all buzzing afterwards.’

Cathy Cassidy is one of eight authors realeasing a £1 book for World Book Day.

Thursday the 7th of March is World Book Day. Childrens authors and illustrators will be taking part in live events across the country to encourage children to read. All nursery, primary and selected secondary school children will be given a £1 book token to buy one of these eight books.

Bittersweet tells the story of Shay, the boy with the cool blond fringe and the blue guitar, the boy who smells of darkness and the ocean and who is Cherry’s boyfriend. But it wasn’t always this way. Once, he was in love with Honey, Cherry’s oldest step-sister. Since their break-up, bitterness has twisted every word she’s said to him.

Now Honey needs his help. Should Shay reach out to her – or is it safer to steer clear?

The Odds Strike Back! TODAY!

Congratulations to Adam Perrott for the publication of the second title in the hilarious series about The Odds, a family of Professional Pranksters.

These meddlers are often to blame for life’s inexplicable little hiccups. Have you ever put down a drink, gone to do something else, and come back to find the drink is nowhere to be seen? Or what about falling flat on your face just seconds after buying an ice-cream? That’s The Odds! And now they are striking back!

But when the Odds face inspection by the Head Pranker to ensure they're still up to their meddling best, they are in for a shock. The inspector is none other than Mr Nobody, sworn enemy of Mr Odd.

This will call for a spectacular pranking plan…

The Odds Strike Back! is out now and last week Adam Perrott met with Stripes Publishing to talk about his life as a full-time dad and children's author http://www.littletiger.co.uk/tiger-blog/an-interview-with-adam-perrott

Fans of her Chocolate Box Girls series will be delighted to see colourful characters such as Skye, Cherry and Summer brought to life in their new video-blog diaries.

Random House Children's Publishers has acquired two books from début author Polly Ho-Yen, who previously worked in marketing at Hodder, with the first to be a stand-alone novel for readers aged 9+.

Boy in the Tower is described by the publisher as "a captivating fable about fear and hope, loneliness and friendship". Lauren Buckland, fiction commissioning editor at RHCP bought UK and Commonwealth rights from the Darley Anderson Children's Book Agency.


Boy in the Tower will be published in summer 2014.