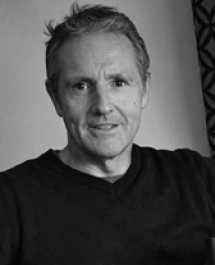 Stewart Foster is the author of one novel for adults, We Used to Be Kings and children’s novels The Bubble Boy, All The Things That Could Go Wrong and Check Mates.
He was selected by the Observer, as an author to watch in 2014 and as an Amazon Rising Star, in the same year. The Bubble Boy won the Sainsbury Children's Book Award in 2016 (Age 9+) as well as the TSBA award, the Ealing Junior Award and the longer novel category of the Portsmouth Book Award. It was also nominated for the Clip Carnegie medal and shortlisted for the Branford Boase and The Centurion Award 2017.

Can You Feel the Noise?

Life is going well for Sophie. She’s getting by at school, has some pretty awesome friends, and their band have made it through to the semifinals of the Battle of the Bands competition.

But when Sophie wakes up completely deaf one morning, the life she once knew seems like a distant memory. With lessons replaced by endless hospital appointments, and conversations now an exercise in lip-reading, Sophie grows quieter and quieter. Until she discovers the vibrations of sound through an old set of drums and wonders whether life onstage is actually still in reach.

All Sam wants is a family of his own, a home instead of a ‘house’ and parents he knows will still be there when he wakes up.

Because Sam has been in and out of foster care his whole life and he can’t imagine ever feeling like he truly belongs. Then his best friend Leah suggests that rather than wait for a family to come to him, he should go out and find one.

So begins The Perfect Parent Project – a heart-warming and unforgettable story that follows Sam on his journey to find his perfect family, with surprising and unexpected results.

Felix is struggling at school. His ADHD makes it hard for him to concentrate and his grades are slipping. Everyone keeps telling him to try harder, but no one seems to understand just how hard he finds it. When Mum suggests Felix spends time with his grandfather, Felix can’t think of anything worse. Granddad hasn’t been the same since Grandma died. Plus he’s always trying to teach Felix boring chess. But sometimes the best lessons come in the most unexpected of places, and Granddad soon shows Felix that there’s everything to play for.

All The Things That Could Go Wrong

There are two sides to every story

Dan is angry. Nothing has been the same since his big brother left, and he’s taking it out on the
nearest and weakest target: Alex.

Alex is struggling. His severe OCD makes it hard for him to leave the house, especially when Dan
and his gang are waiting for him at school . . .

Then the boys’ mums arrange for them to meet up and finish building the raft that Dan started with his brother. Two enemies stuck together for the whole of the school holidays – what could possibly go wrong?

Amir is mad. He’s crazy. But the hospital wouldn’t let a crazy person in. They must have interviewed him and checked his qualifications. But maybe he didn’t even meet them? Maybe he hasn’t even come from India. He might have arrived on an alien spaceship and snuck in here in the middle of the night.

Eleven-year-old Joe can't remember a life outside of his hospital room, with its beeping machines and view of London's rooftops. His condition means he's not allowed outside, not even for a moment, and his few visitors risk bringing life-threatening germs inside his 'bubble'. But then someone new enters his world and changes it for ever.

THE BUBBLE BOY is the story of how Joe spends his days, copes with his loneliness and frustrations, and looks - with superhero-style bravery, curiosity and hope - to a future without limits. Expect superheroes, super nurses and a few tears from this truly unique story.