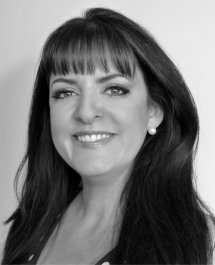 Kim Slater is a full-time writer and lives with her husband in Nottingham.

She holds an MA in Creative Writing from Nottingham Trent University and teaches regular creative writing classes for both adults and children in Nottingham's inner-city schools and academies.

The Boy Who Lied

Fourteen-year-old Ed Clayton is a liar. It started when his dad went to prison and now he can't seem to stop. When Ed's younger brother, Sam, goes missing one day under his supervision, nobody believes him when he says he can't remember what happened.

Things begin to go very wrong for Ed's family when his mum loses her job and they have to start using a food bank. Ditched even by his best friend, Ed is on his own trying find out what's happened to Sam, until he meets Fallon, a new neighbour who's willing to help him unravel the mystery. The two stumble on a secret even Ed could never have imagined. But nobody will ever believe a liar . . .


The Boy Who Lied is a sharp, warm and thought-provoking mystery from Kim Slater, the multi award-winning author of Smart and A Seven Letter Word.

Kim Slater's The Boy Who Lied out now

Can a liar find the truth?

The Boy Who Lied is a sensitive and engaging novel about brotherhood, hardship and being yourself.

Fourteen year old Calum Brooks has big dreams. One day he'll escape this boring life and write movies, proper ones, with massive budgets and A-list stars. For now though, he's stuck coping alone while his dad works away, writing scripts in his head and trying to stay 'in' with his gang of mates at school, who don't like new kids, especially foreign ones.

But when his father invites his new Polish girlfriend and her son, Sergi, to move in, Calum's life is turned upside down. He's actually sharing a room with 'the enemy'! How's he going to explain that to his mates? Yet when Calum is knocked down in a hit-and-run and breaks both legs, everything changes.

Trapped at home, Calum and Sergi slowly start to understand each other, and even work together to investigate a series of break-ins at the local community centre. But Calum can't help feeling that Sergei's hiding something. Is he really trying to help, or to cover up his own involvement in the crime?

928 Miles from Home is a powerful new story from the multi-award-winning author of Smart and A Seven-Letter Word, Kim Slater.

'My name is Finlay McIntosh. I can see OK, can hear perfectly fine and I can write really, really well. But the thing is, I can't speak. I'm a st-st-st-stutterer. Hilarious, isn't it? It's like the word is there in my mouth, fully formed and then, just as it's ready to leave my lips . . . POP! It jumps and ricochets and bounces around my gob. Except it isn't funny at all, because there's not a thing I can do about it.'

Finlay's mother vanished two years ago. And ever since then his stutter has become almost unbearable.

Bullied at school and ignored by his father, the only way to get out the words which are bouncing around in his head is by writing long letters to his ma which he knows she will never read, and by playing Scrabble online.

But when Finlay is befriended by an online Scrabble player called Alex, everything changes. Could it be his mother secretly trying to contact him? Or is there something more sinister going on?

When fourteen-year-old artistic genius Kieran Woods finds the body of a homeless man floating in the river, he refuses to believe the death was accidental. In a race against time, Kieran embarks on solving the mystery. Not only must he find the killer, he must also escape his abusive stepfamily to save himself and the people he loves. Can Kieran catch the killer before the killer catches him?

SMART is an uplifting story of how one young boy uses his art and unique mind to triumph in a world that doesn't understand him. Kieran will captivate readers young and old.

Macmillan Children's Books published in June 2014; SMART has been shortlisted for over 10 literary awards, including the Carnegie and Waterstones Prizes 2015. More information on Kim's News Page