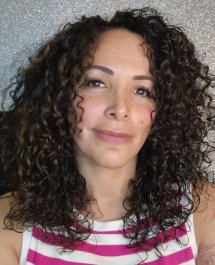 J. P. Rose was born in Manchester, adopted early and grew up in the Yorkshire countryside where racial tolerance ‘wasn’t even a concept’. Feeling isolated, it was animals and writing stories which kept her company. Today, J.P. is the bestselling author of over 14 adult crime novels. As a Black author with dual heritage, her passion to smash down barriers and to tell stories to ensure that all children see themselves reflected in the books they read has never left her. J. P. lives in the countryside with her family surrounded by her horses and several other animals. Having trained as a pet bereavement support worker, in her spare time she volunteers at veterinary practises and other organisations helping people come to terms with the loss of their much-loved animal companion.

J.P. Rose's debut children’s book will be published in 2022.

The Haunting of Tyrese Walker

After a shocking event leaves Tyrese struggling with grief, he’s taken to visit family in Jamaica. From the first night, strange things start happening: impossible visions, blackouts, swarms of insects, and the discovery of a grave hidden deep in the forest… Tyrese can’t explain what’s going on and he’s scared that he’s losing grip on reality.

Then Tyrese is warned he’s being hunted by the mysterious Shadow Man. Under threat, Tyrese and his friends set out on a terrifying journey across the island to try and uncover the Shadow Man’s sinister history. Who can Tyrese trust when his own mind is falling apart and there’s nowhere left to hide?