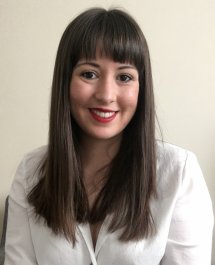 Beth Reekles is an avid writer, reader, and drinker of tea. When she was fifteen, she penned her novel The Kissing Booth, and began uploading it to story-sharing platform Wattpad, where it accumulated over 19 million reads. She was picked up by Random House UK at the age of seventeen, and offered a three-book deal whilst studying for her A Levels in French, Spanish, Maths and Physics.

Beth, from South Wales, is a Physics graduate from the Exeter University and has already had four books published with Random House: The Kissing Booth, Rolling Dice, Out of Tune and The Beach House. Random House will also publish her next book, The Kissing Booth 2: Going the Distance.

The Netflix film of The Kissing Booth, starring Joey King, Jacob Elordi and Molly Ringwald, is one of the most-watched films on the platform, with The Kissing Booth 2 set for release in 2020.

Beth has been shortlisted for the Women of the Future Young Star award 2013, the Romantic Novel of the Year Awards 2014, and the Queen of Teen 2014 awards. She was awarded the Scout Birthday Honours Writing Badge in 2013, and was named one of Time magazine’s 16 Most Influential Teenagers 2013. In August 2014, she was listed in The Times at No.6 on their 'Top 20 under 25' list.

The Kissing Booth 3: One Last Time

**The third book in The Kissing Booth series - based on the upcoming Netflix film!**

Everyone knows it's tough having a long-distance relationship - especially when your boyfriend is as sizzlingly hot as Noah Flynn. Elle's thrilled her bad boy turned good has made it into Harvard, but being stuck back in California isn't much fun without him. So there's only one thing for it... a roadtrip to visit!

And what could be better than packing up your best buddy's convertible, heading out on Route 66, and looking for fun and adventure along the way? Maybe only the person waiting for you at the other end...

The Kissing Booth 2: Going the Distance

Elle Evans seems to have finally tamed hotter-than-hot bad boy Noah Flynn, but now they're facing a new challenge. Noah's 3,000 miles away at Harvard, which means they're officially a long-distance couple - and it's tough. After all, there's only so much texts and calls can satisfy - and when Elle sees a post which suggests Noah's getting friendly with someone else, she's devastated.

On top of that, it's hard to ignore new boy Levi. He's gentle, sweet, cute - and definitely interested in Elle.

With her heart on the line, what's a girl to do?

Join Elle, Noah, Lee and all your favourite Kissing Booth characters for another amazing romantic story that's sure to have you swooning.

Elle can't wait to hit the beach again - but this year, things are a little different.

Elle and hotter-than-hot Noah are now officially dating - it's amazing, and Elle's never been happier. But Noah's leaving for Harvard at the end of the summer - and what will happen to them then?

Elle and Lee have always been BFFs - and no one knows her better. But with Lee's new girlfriend Rachel coming along this summer, can everything stay the same?

Elle's determined to have one last perfect summer with her two favourite boys - before she kisses goodbye to the beach house forever . . .

Cwtch Me If You Can

Alex considers herself the ultimate romantic, and Valentine's Day is her favourite day of the year – until her boyfriend chooses that day to break up with her.

Heartbroken and angry, Alex swears off guys. But that's easier said than done when she keeps bumping into smart and sexy Sean.

After all – there's no such thing as fate… right?

Ashley Bennett has it all: a hot boyfriend, Josh, a place in the cool clique at high school, straight A grades... it's definitely better than when she was invisible, a nobody, ignored by everyone except her best friend Allie.

Or make that ex-best friend - Allie and Ashley haven't spoken since Josh came into the picture.

Enter the new boy next-door, Todd. He's sweet, introspective, and prefers to play his guitar to football. As he and Ashley grow closer, she starts to wonder whether she and Josh have enough in common to go the distance.

But what will breaking up with him do to her picture-perfect life? Should she follow her head or her heart?

Madison Clarke used to be a lonely, loser outcast - but when she moves town and school, she jumps at the chance to reinvent herself. A hot boyfriend, parties, friends with the popular clique - the new Madison has it all.

But they say that the higher you climb, the harder you fall - and as Madison finds herself attracted to a funny, cute but totally nerdy guy, will she risk her amazing new life crumbling to pieces?

Running from her past and stumbling through her present, it's a gamble she'll be forced to take...

When Elle decides to run a kissing booth at the school's Spring Carnival, she locks lips with Noah and her life is turned upside down. Her head says to keep away, but her heart wants to draw closer - this romance seems far from fairy tale and headed for heartbreak.

But will Elle get her happily ever after?